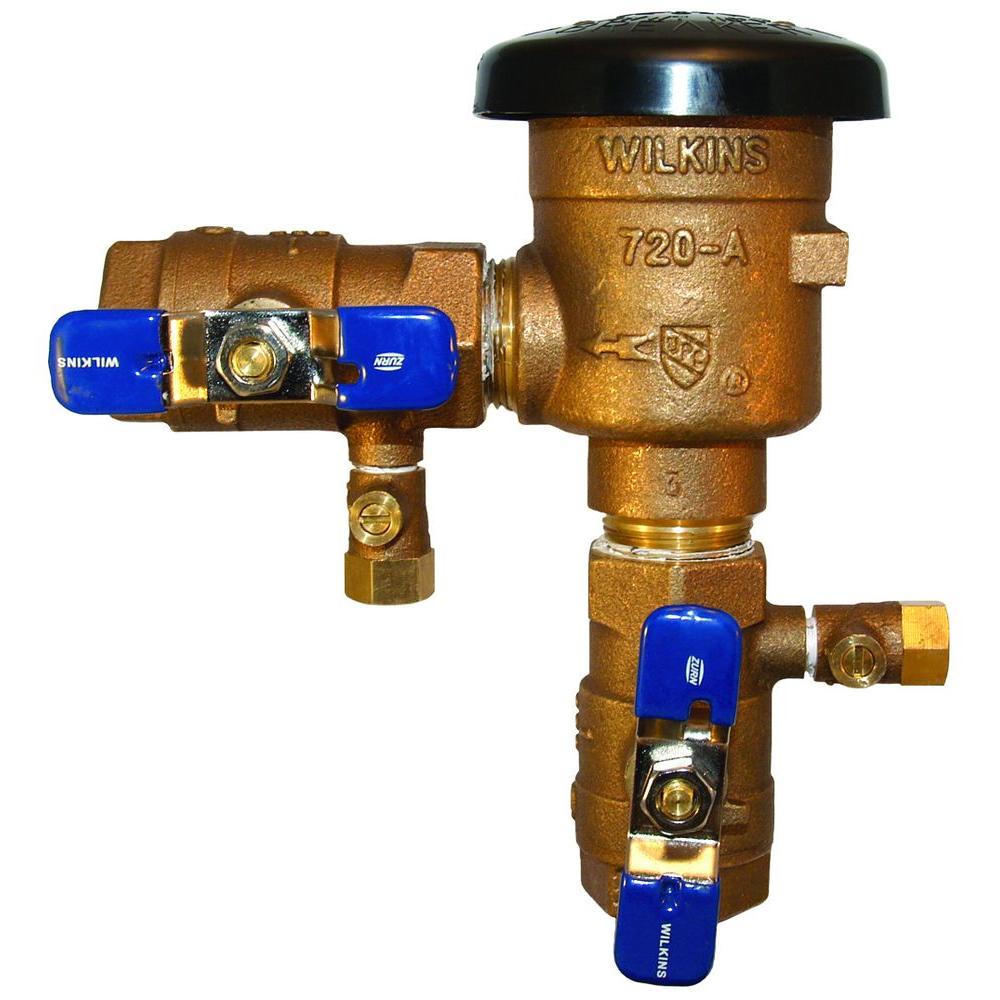 What’s potable water? Definition: potable water means the water is suitable for drinking. Depending on local law, that may include drinking water for animals. If you would be willing to drink it without treatment, then it is probably going to be considered potable. Non-potable water is water that is not suitable for drinking. (Once water enters into your irrigation system it is considered to be non-potable, more on that later.) Examples of water sources that are often considered non-potable are lake and pond water, water from streams, and well water from a contaminated aquifer that is not suitable for drinking. Most other wells do require a backflow preventer, even if the well doesn’t provide drinking water. This is to protect the aquifer the well takes the water from, because even if you don’t get drinking water from the well, your neighbors may get drinking water from the same underground aquifer. If you plan to apply fertilizers or pesticides using your irrigation system, then in most cases you must have a backflow preventer- regardless of the water source. Nobody wants those chemicals going into lakes, streams or the water table! Sprinkler Install Tulsa

why Why do you need a backflow preventer? All irrigation systems contain a chemical called dihydrogen monoxide. This odorless, tasteless chemical is known to be deadly if inhaled and has killed millions of people. OK, before you flame me, dihydrogen monoxide is, of course, the scientific name for ordinary water (h2o). Which points out that you have to be really careful about what you read and believe on the Internet. Unfortunately when it comes to backflow preventers there is a lot of questionable, and sometimes completely wrong, information. So what’s the deal with backflow prevention? Is it really necessary? The answer is yes! Sprinkler Install Tulsa

Your landscape has all kinds of nasty things in it that will make you sick or worse if you drink them. Thus irrigation water is officially considered a contaminant (creates a health hazard) rather than just a pollutant (is objectionable in color or odor). What’s in irrigation water? How about toxic chemicals (fertilizers, pesticides, etc.) and animal waste? (Not that I want to gross you out, but every day millions of dogs lift their legs in a fond salute to their favorite sprinkler head!) These things can and WILL come back up your irrigation pipes and into your drinking water if you don’t stop them. If you have a well, they can go down your well and into everyone else’s drinking water. If you are on a community water system they could go back up into the pipes and poison your neighbors. The valves that turn on and off your irrigation system are not sufficient to stop backflow. The purpose of the backflow preventer is to protect you when the valve breaks or leaks, which all valves will do eventually. Saving a little money by skipping the backflow preventer will not seem so smart after you spend a small fortune on hospital bills (or funeral expenses) for a poisoned family member or pet!
Best products at Hunter Sprinkler Install Tulsa
Now wait a minute, some people say, doesn’t the water pressure in the water system keep the irrigation water from going backwards? Yes, most of the time it does. However, there are times when the water pressure drops in the supply system, and this is when the backflow occurs. No, it is not a frequent occurrence, but it does happen more often than you think! Often it occurs at night when you don’t notice the water was off for a few minutes. An example is when the water company has to shut off the water to repair a water pipe, or hook up a new pipe. This makes construction projects easily the most common cause of backflow problems. Fire fighting is another common cause of backflow. Fire trucks use huge pumps to suck the water out of the fire hydrants. This often causes the water pressure in the surrounding areas to drop, and backflow will occur in the surrounding neighborhoods.
Best products at Hunter Sprinkler Install Tulsa
You can do a quick experiment yourself and create backflow in your home pipes. Simply tun off the water valve leading to your house. Next have someone turn on a faucet. Now turn on a different faucet that is higher than the first. You will hear air being sucked into the higher faucet. You just created backflow in your house piping. Pretty easy, wasn’t it? Sprinkler Install Tulsa

Another common argument against the need for backflow preventers is that if all the valves are closed the water can’t go backwards through them, so the valves should prevent backflow. The obvious problem with this is that if the backflow occurs at a time when the valve is open, like when the sprinklers are on, the valve will not stop backflow! What if the valve is closed? A standard manually operated valve should stop backflow when it is closed – if the valve if fully closed, has good seals, and does not leak. However most of the automatic valves, such as the electric solenoid valves used for irrigation systems, will not stop backflow even when “off” and fully closed. This is because these solenoid valves are directional in design. If you look on the valve you will see that it has an arrow on it showing the flow direction. If the flow is reversed, the valve will often open slightly (that’s why the valve has the arrow on it- to warn you not to install it backwards!) Thus when backflow occurs and the flow direction reverses, an automatic valve will not stop the backward flow.Best products at Hunter Sprinkler Install Tulsa